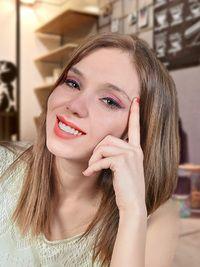 Why is the Tarot of Viéville so unusual? 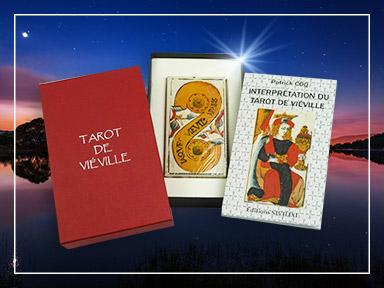 The Tarot of Viéville is a faithful reproduction of the original, which dates from the 17th century. It is often described as unusual and unclassifiable by virtue of its originality and its respect for the mistakes found in the original, which give it all its charm!

Jacques Viéville, whose dates of birth and death are unknown, was a master card maker in Paris from 1643 to 1664. His tarot deck, which was first published in 1650 and is now preserved at the French National Library, is the only complete example of a 17th-century tarot still in existence. The reissue released by SIVILIXI editions perfectly reproduces the dimensions and colors of the original, unlike the previous HéronBoechat reissue, which is now out of print.

What is most striking about the Tarot of Viéville in comparison with the Tarot of Marseille is that the Major Arcana are not named — none of the cards are named. Naming limits the image, character, or arcane to an identity and a meaning that are not necessarily theirs, since every tarot user creates their own tarot.

In tarot, nothing is fixed. Everything is in perpetual motion. Naming an Arcanum sentences it to being nothing else, thereby preventing evolution or transformation.

In the Tarot of Marseille, Arcanum XIII is not named. Some call it “death.” But that’s not true: it also stands for rebirth! Death doesn’t exist: it’s simply a passage from one state to another — hence the importance of not labelling the Arcana.

In the Tarot of Viéville, all the names of the Arcana are found on just two cards: the Ace of Coins (Pentacles) and the Two of Cups. These names, written in Old French, constitute an extra mystery, another path to explore in deciphering the message of the Arcana.

The Tarot of Viéville comprises 78 cards, 22 Major Arcana, and 56 Minor Arcana, with non-rounded corners. Compared with the Tarot of Marseille, which remains the tarot of reference for most amateur and experienced tarot readers, the numbers attributed to some of the Major Arcana are different.

At first glance, this tarot seems to be poorly drawn and unfinished, like a drawing done by a child who is inexperienced but loves to draw. As the saying goes, though, one shouldn’t go by appearances! In fact, this tarot is a work of great precision.