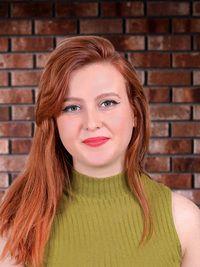 On June 15th, 2021, at 12:08 a.m. Paris time, Saturn will form a square with Uranus for the second time this year — the first was February 17th. Note that the Moon in Leo will also add to this triangle configuration in opposition to Saturn and in another square to Uranus. The Moon represents the world of emotions and unconscious impulses. In this sign, it will tend to exacerbate our need to affirm our individuality and please others, but also to have fun and enjoy life. Its angle to Uranus incites us to let loose and go a little crazy. However, Uranus will be doubly hindered by the presence of the more contained, peaceful Taurus and, above all, its square to limiting Saturn in the usually uninhibited, free Aquarius. It’s as though our vital, life-giving energy were stopped up, leading to a buildup of tension that will end up coming out, sooner or later, in other forms: anger, aggression, rebellion, or transgression. Fortunately, Venus in Cancer can act as a safety valve that will allow us to evacuate all that energy in different ways: by spending time with family out in nature or doing something artistic or creative.

Upheaval among the fixed signs

Not all the signs will experience this square in the same way. The fixed signs will be far and away the most affected. Tauri and Scorpios will be forced to wrestle with new methods at work, methods that will feel alienating. This could lead to open conflict with higher-ups. Leos, in turn, will feel held up in their professional ambitions, particularly those who are entrepreneurs. They’ll have to confront hindersome legislation or even opposition from their employees. Aquariuses may feel oppressed or imprisoned in their relationship, which could lead them to seek freedom and escape outside their home life. Cancers will likely have the best experience with this astral configuration, which, for them, impacts the domain of finances. They’ll look at things with patience and perspective and will benefit from the help and support of their friends and family.

Free… but not entirely

This Saturn-Uranus-Moon tryptic will update current problems. Uranus in Taurus represents the instability of the economic and financial world. It also represents the challenging of traditional, conservative values and the emergence of new societal paradigms that may be difficult to adapt to. Saturn in Aquarius, meanwhile, represents the imposition of new government restrictions to contain and channel the economic crisis following the pandemic. This may involve the imposition of new public surveillance and control measures. Saturn is opposite the Moon (which represents the public) in Leo, the sign of festivities and recreation. We can expect new and unpopular measures intended to limit or strictly regulate travel, particularly abroad, and festivities. Examining the theme of France can shed light on this. Indeed, Saturn, master of the 10th house (the state, the government) and the 11th house (allied countries) is opposite Uranus of the 5th republic’s theme. Uranus is the master of the 12th house (a country’s ordeals and enemies) in the 5th house (youth, recreation), and is itself in conjunction with the Moon. We might predict that new directives at the European or international level could come into effect and arouse some degree of public discontent. Young people in particularly, and especially in certain neighborhoods, might revolt or at least not respect such restrictions.