The Tarot of Marseille 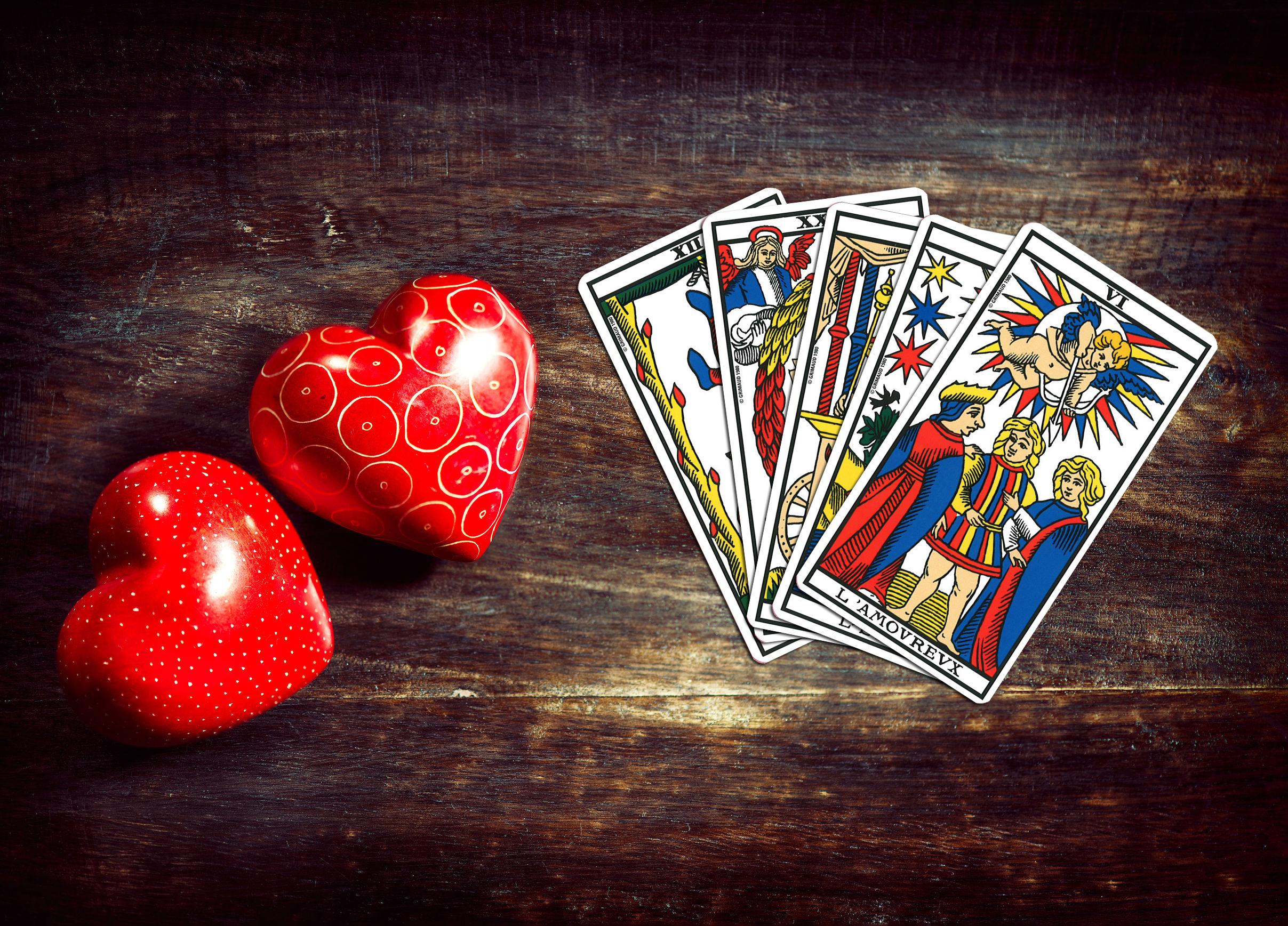 The Tarot of Marseille has probably been invented in the 15th century in Northern Italy and soon after, appeared in Southern France. From the 19th century, it has inspired many other tarot decks but its drawings and some cards have often been changed, renamed or adapted. Until the eighteenth century, the Tarot has been a game of chance, and its profound meaning went away unnoticed. The Tarot of Marseille contains seventy-eight cards, divided into fifty-six Minor Arcana and twenty-two Major Arcana.

The fifty-six Minor Arcana in the four standard suits are identified as Batons, Swords, Cups and Coins. They are:

The Aces, The Twos, The Threes, The Fours, The Fives, The Sixes, The Sevens, The Eights, The Nines and The Tens. The Pages, The Knights, The Queens and The Kings.

The twenty-two Major Arcana are The Fool, The Magician, The High Priestess, The Empress, The Emperor, The Pope, The Lover, The Chariot, Justice, The Hermit, The Wheel of Fortune, Strength, The Hanged Man, The Nameless Arcanum, Temperance, The Devil, The Tower, The Star, The Moon, The Sun, Judgment, and The World.

Some of them go by two:

The Magician and Strength

The High Priestess and The Hanged Man

The Empress and The Nameless Arcanum

The Emperor and Temperance

The Pope and The Devil

The Lover and The Tower

The Chariot and The Star

Justice and The Moon

The Hermit and The Sun

The Fool and The World

The Magician and Strength

The High Priestess and The Pope

The Empress and The Emperor

The Chariot and The Star

Justice and The Hermit

The Moon and The Sun

In the mid-1990s Jodorowsky worked with a descendant of the Camoin family, who printed the Tarot of Marseille since the 19th century. They worked and put together a 78-card deck, including the original detail and 11 color printing.

How to do a tarot reading?

There are several ways to do a tarot reading and quite a number of patterns to use. It is a long process that needs a good memory and a lot of practice. Intuition is part of it, nevertheless the study of the topic can take a long time. The tarologist can’t be impartial as he has a country, a language, a family. He has a culture, some values and traditions and can’t be easily detached from them. He is ruled by his past, his experiences and his emotions as well. Tarot Reading isn’t only a divination practice, it is a tool for understanding ourselves, the others and the world around us!