The arcana of the tarot: the Papess 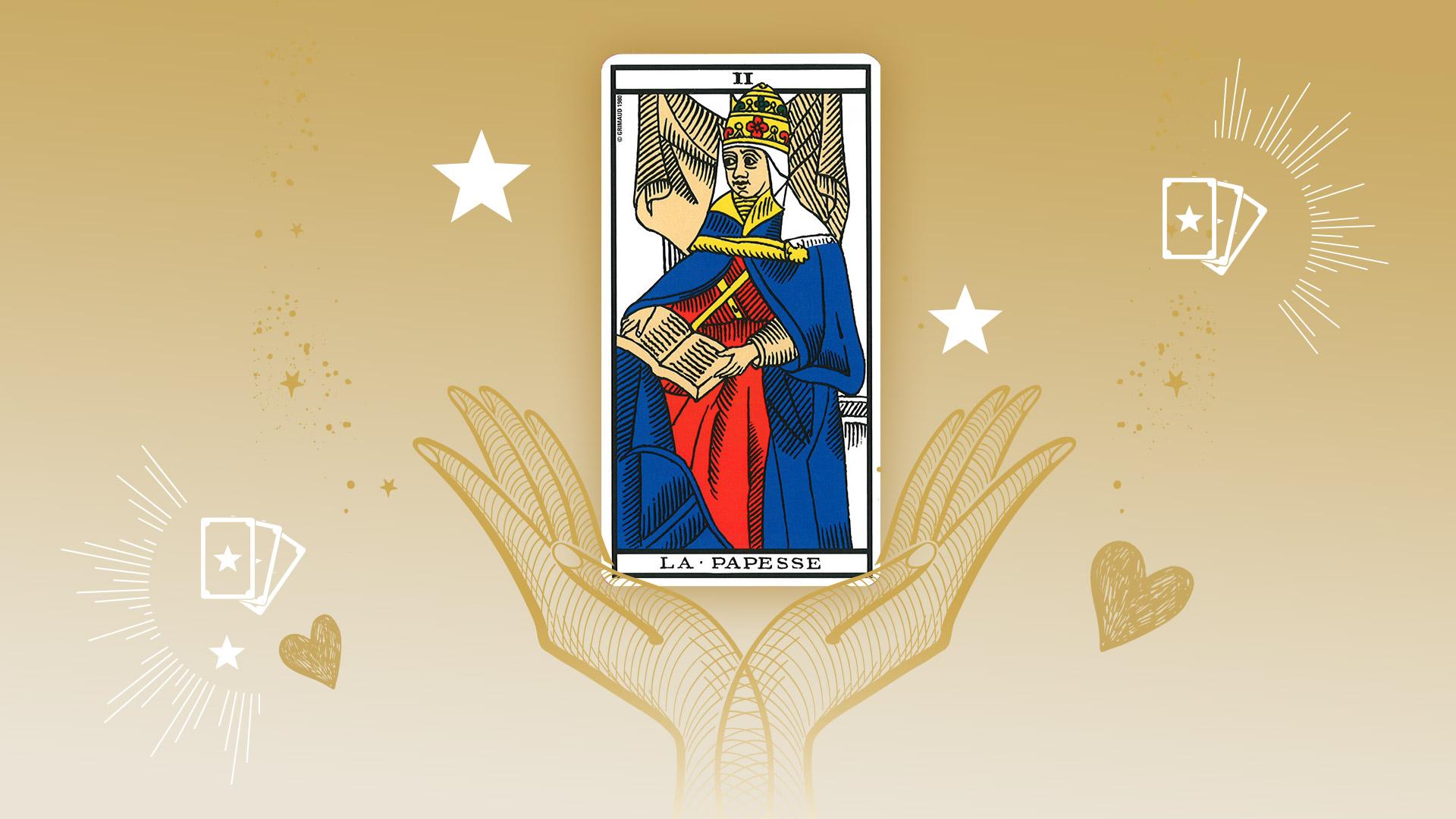 According to legend, the Egyptian sages, fearing that their sacred knowledge would one day be lost, decided to hide it in the last place where ill-intentioned people would think to find it: a simple deck of cards. Such would be the origin of the Tarot and in particular of the Tarot de Marseille which, in addition to being a marvelous divination tool, contains a real treasure, the esoteric and initiatory knowledge of ancient Egypt, itself heir to ancient Atlantis. Today we will study the second card or arcanum: the Papess.

To understand the meaning and symbolism of a tarot card, it is important to analyze its shapes and colors. Here we have a middle-aged woman wearing a veil that isolates her from the outside world. On her head is a triple crown that confirms her power over the three spiritual, astral and physical worlds. In this, she refers to the great goddesses like Cybele, Ceres and especially Isis, the goddess of hidden wisdom, whose veil no mortal has ever lifted. She wears a blue mantle, symbol of spirituality, covering red clothes, color of action. The latter here is all interiorized and dedicated to a spiritual path. On the edges of her garment, we can see crosses that represent the union of opposite polarities, of masculine/feminine, of Spirit and matter. In her hands she holds the great book of Creation and hidden Knowledge. Finally, behind her are the two columns of Jakin and Boaz. One represents strength, the Yang, the masculine, and the other compassion, wisdom, the Yin. These two columns, pillars of the universe, are hidden by a red cloth symbolizing the weaving of the manifested universe which hides the laws invisible to the uninitiated. The Goddess is linked to the inner quest, to the intuition that one must learn to recognize when it expresses itself. She also represents the feminine principle and the forces of the subconscious. Emotionally, this arcana is linked to compassion, devotion to others. It can represent a wise woman, a teacher. Finally on the divinatory level, the appearance of the Goddess in a drawing can announce a period of reflection, questioning, administrative procedures, higher studies.

Astrological correspondences: The Moon in the 4th house, Cancer.

Other correspondences: A mature woman, or a wise girl, feminine functions, intestines.