Venus-Mars conjunction: When love has a meeting with passion 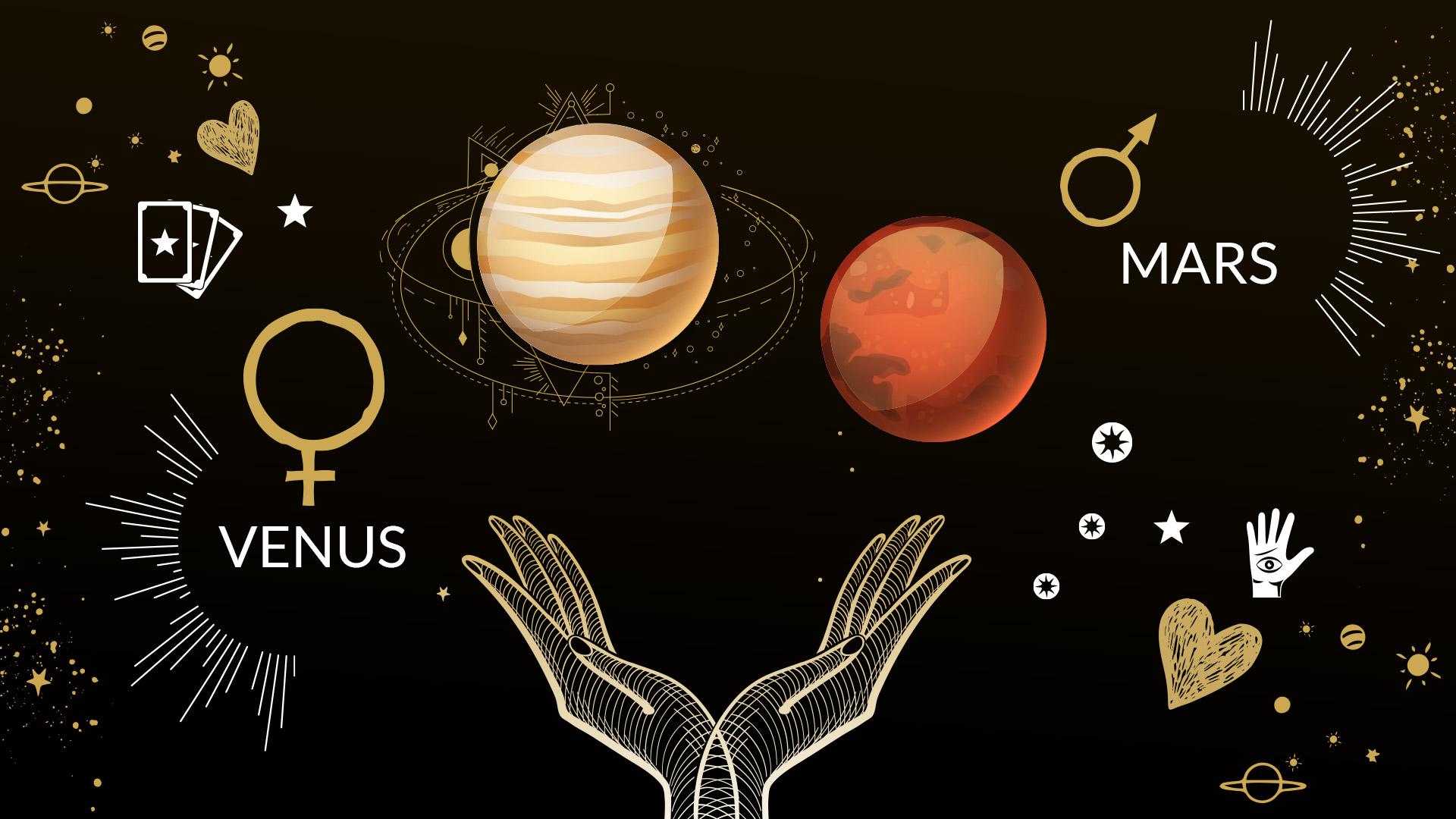 On February 16, 2022 at 3:30 pm, Paris time, Venus and Mars will enter in conjunction in the earth sign of Capricorn. Venus, rather wise in this sign which is considered cold, rather focused on reason and the prioritization of material and professional matters over those of the heart, will be inflamed, even set ablaze by the red planet, color of passion and eroticism. It is likely that under this influence, we will have a greater tendency to let our feelings and desires speak for themselves, even if, at first glance, they are in contradiction with morality or what society expects from us. This conjunction could also express its effects in the form of a love encounter, possibly in a professional context or with an older person, which will shake up our certainties and habits. For those who are already in a relationship, there will be a strong need to get off the beaten track, to get away from the daily routine of love and to experiment with new things. This will cause some clashes or adjustments.

Storm warning for the cardinal signs

More than any other sign, the natives of Capricorn will be the most affected by this conjunction. They who are usually wary of sentimental displays will not be able to resist this emotional wave that will come over them. Some of them will be in acceptance and will let themselves be more expressive, while others will tend to fight against what is going on inside them, which will manifest itself in the form of irritability. Cancers, on the other hand, will be very much in need of tenderness and love while their spouse will not always be sufficiently available for professional reasons for example. It is possible that this will generate some misunderstandings. For Aries, the Mars-Venus encounter will be more about work and could well cause important disagreements with clients, partners or even employers. Beware of headaches with irreversible consequences. Librans, on the other hand, could find themselves in conflict with their spouse over domestic or family matters where their points of view are totally different.

The water and earth signs will be the ones who will live these influences best and fully. Scorpios, for example, could under this conjunction reconcile with an old love or break a celibacy that has lasted too long. Virgos will experience similar things in the sense that Venus and Mars could lead them to a romantic encounter that will help them to better accept their desires and express them more freely. Last but not least, Taurus could be offered new professional opportunities.

From a perspective of world astrology, this Mars-Venus conjunction in Capricorn could bring some relief from the tensions the world is currently facing. Capricorn being the sign of Afghanistan, agreements could eventually be made with the Taliban to soften their positions. Similarly, this configuration could bring a certain relaxation in the sanitary and economic restrictions that are taking place all over the planet, putting the human being back at the center of social and political questioning. Mars, planet of action and dynamism, could, by allying with Venus, planet of prosperity, create a new economic and financial growth movement that will be welcome. In the Fifth Republic’s chart, this conjunction falls in the 11th house, which signs state projects as well as the action of civic groups. We could therefore expect, around this date, governmental measures aiming at increasing the purchasing power around the globe.