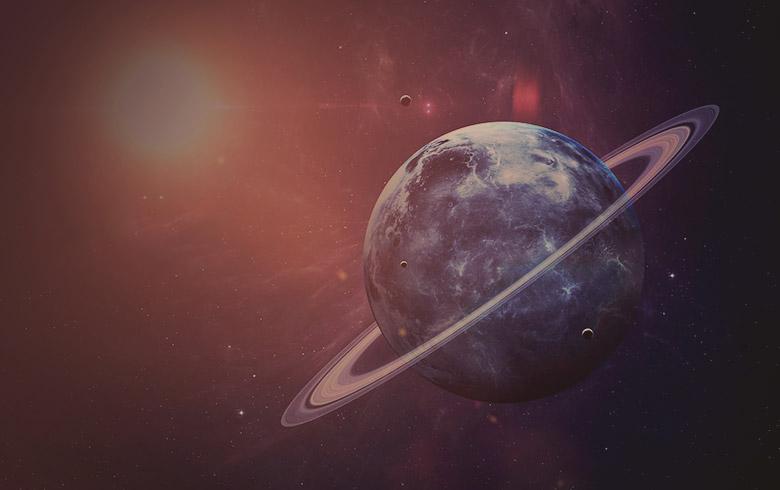 The rebel of the sky

Uranus is the rebel of the sky, it brings originality and an inventive mind your way. It is linked to Aquarius, and supports the fields of Science and Technology.
It is the Tower of the Tarots, which appears struck by lightning. It could indicate a time of chaos but it can also offer fantastic options for the future. It will disrupt the established order, which could be exciting but quite stressful too. It could represent a big awakening for some, but stability will come in short supply. Unexpected events, weird people, strange situations and choices, your world will be turned upside down.

It will bring opportunities to break of rules and regulations, to reinvent yourself away from traditions and past habits. Uranus is on an 84 year cycle, forming a square with your Natal Uranus after 21 and 63 years, a planet it will oppose after 42 years before moving back to its original position after 84.
Rebellion is appropriate at 21 years of age, when everything seems bizarre. A time to try something different from your parents, their education and their ideals.
At 42, a mid-life crisis is often triggered by the fear of aging. You have a pretty good idea of who you are but you aren’t sure whether you want to keep going along the same path or not.
At 63, it is time to think about your retirement, which could be successful but it will require a lot of adjustment to your new life. A supportive network of friends is the key!
The return of Uranus after 84 years marks a time for finding a new life-balance, for keeping your financial independence. If still sane and healthy…of course!

Like lightning, coming out of nowhere, an event could change your life on that day. It could be an awakening call for some, a big change in goals and directions for others. According to the House position it has in your Birth chart and the aspects it will form with the other planets, you are guaranteed to see something different coming your way.

Uranus is transiting in your House 1

Maybe the more explosive position. You want to change your appearance, the way people see you and you could become extravagant and eccentric, just for fun and to surprise people. But such a change could be forced upon you by unexpected events!

Uranus is transiting in your House 2

You can expect changes to your financial situation. You could come into some money, but you could also find yourself broke all of a sudden. You could have to pay more than what you planned and might be forced to find a compromise. Better act with caution as far as money is concerned!

Uranus is transiting in your House 3

There could be a change in the way you communicate with your siblings or neighbors. You could be forced to commit to another workplace even if it doesn’t suit you. You need to be careful when traveling or making plans, something can be cancelled or added to your original goals!

Uranus is transiting in your House 4

You could move to a new house if that was part of your original plan but this could happen suddenly and without giving you much of a choice. Family matters might be upsetting and chaotic even though you have to adapt to an entire new situation. You could have to care for an elderly relative moving in with you!

Uranus is transiting in your House 5

In this position, Uranus can be promising for creative people and inventors. It can bring fame but glory and success could vanish as suddenly as it came. An unexpected birth in the family could modify your plans and disrupt stability. Be as adaptable as you can to make the most of it!

Uranus is transiting in your House 6

This is the house of your Health, where anything can happen. It can be an upsetting and challenging period riddled with unplanned events. You could have to care for an invalid family member, or even need care yourself. Focus on your tasks and don’t take unnecessary risks!

Uranus is transiting in your House 7

Uranus changing direction will have an impact on your partnerships, for the better or the worse. If you’re in need of more freedom, you might start acting as if you were single. And the results won’t be pleasant. But you could also be the victim of such sudden change of fortune, in love like in the workplace!

Uranus is transiting in your House 8

It will not be easy for you if you share money with a partner, you will not find a suitable compromise and you could experience emotional upset as a result. Death, inheritance and money disputes seem inevitable and adapting to a new chapter of life could prove troublesome. Be flexible!

Uranus is transiting in your House 9

Foreign countries are highlighted if you have applied for a position far away from home. You might have to relocate after an unexpected event. Going back to university is possible for some. You could also take a sudden interest in another religion. Beware of manipulation!

Uranus is transiting in your House 10

Uranus transiting in the House of your career is surely exciting for people who like challenges and changes. Those of you who need calm and security won’t appreciate to have to renew their skills, to look for another job or to adapt to the changes decided by their bosses. Keep a low profile until you feel comfortable enough!

Uranus is transiting in your House 11

There could be a big change taking place in your social life, as you might start hanging out with a weird group of people. Being eccentric is different from being aggressive. Avoid showing off and don’t rise to provocation, it could turn out badly for you… Some people don’t accept those who are different from them that easily!

Uranus is transiting in your House 12

You might have to deal with loneliness and pessimistic thoughts. You could have no choice but to visit people in hospital or jail. You could be handed an unexpected opportunity to show empathy to people who are less fortunate than you. A wake-up call could be in the cards if you are waiting for specific answers!