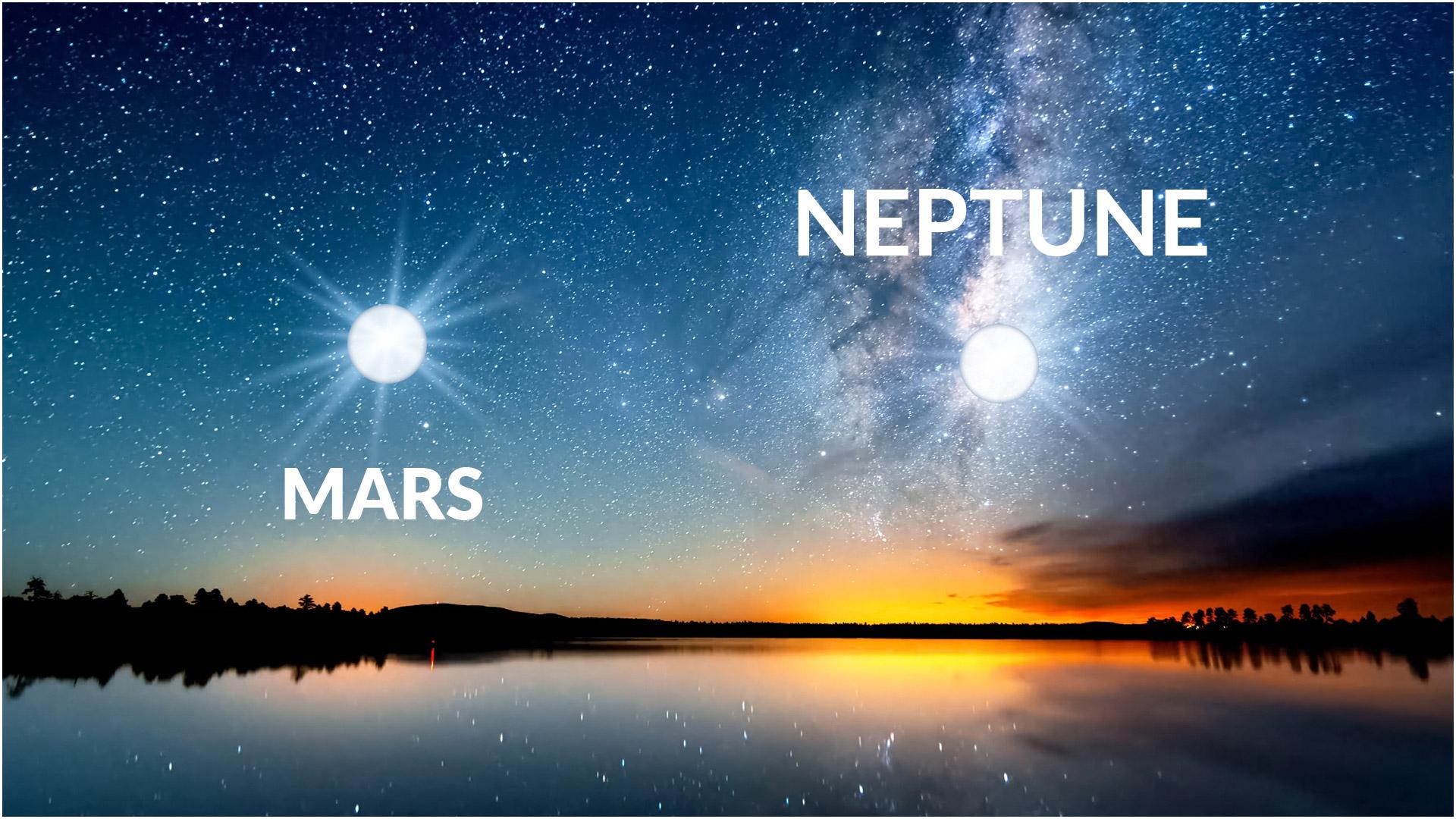 On the 2nd of September 2021 at 7:45 pm CET, Mars will be opposed to Neptune. Influences of this aspect could last until the 5th  of September.

Confrontation between two schools of thought

Neptune is strong in its own sign, Pisces but will currently be in retrograde. These influences will be felt backwards. This star represents our highest ideals, our spirituality, our connection with the invisible and the “irrational” sector more than the Cartesian mind. Mars encourages us to act, devote our energy in a certain direction. Virgo, sign where the red planet shall reside, is an Earth sign which is ruled by Mercury. This combination will boost our intellect and mainly the most analytical part. We will look for scientific and concrete answers, when faced with the major questions regarding current times but also of our everyday life. This research will run up against Neptune and everything this planet conceals like uncertainties or confusions. Either, the knowledge, the conceptions, which seemed certain to us, shall flicker on their foundations, following confrontation with information or disturbing facts, or on the contrary these shall be fake beliefs that will be shaken up through objective and undeniable remarks. Two worlds will come face to face: exact sciences and metaphysics, which translates into the open and hidden. This could also take place through unclear attitudes in our daily lives, or even unreasonable attitudes, due to the sanitary actions one needs to accept, within our society. We won’t really know what is good to take on and what is not.

The most impacted signs

Virgos and Pisces will feel this opposition more strongly in their social relationships and in couples and will have to confront their ideas with a spouse whose conceptions will be diametrically opposite to their own. Moreover, watch out for risk of fines in case of non-compliance with the existing rules. Gemini and Sagittarius will have to face criticism from family, for the choices they have made in their professional life. They can expect to receive lectures. They may also come across some pressure at work. The other water and earth signs will be able to take more advantage of this configuration, especially Capricorn and Cancer. The first ones will be able to keep a cool mind and maintain enough distance to make the best decisions, for themselves and therefore make their loved ones feel secure. The second ones on the other hand, will head in the opposite direction, but will achieve the same result. They will rely more on their intuition, their deep emotions.

Difficulty in making up

Globally speaking, this Mars-Neptune opposition will plausibly intensify oppositions between the those who support the vaccination and the health pass and those who categorically refuse the latter. However, it is possible that some scientific discoveries will help ease these tensions, which could help restore a certain confidence among the population which on the other hand, will have to deal with an outbreak of fake news and contradictory information. An upsurge of Covid 19 or a variant could be a possibility. In France, opposition to the health pass, but also to the reforms within the professional realm, shall seem to trigger insecurity, will will be revived in a major way.