The Mars Neptune sextile will awaken the fire of passion! 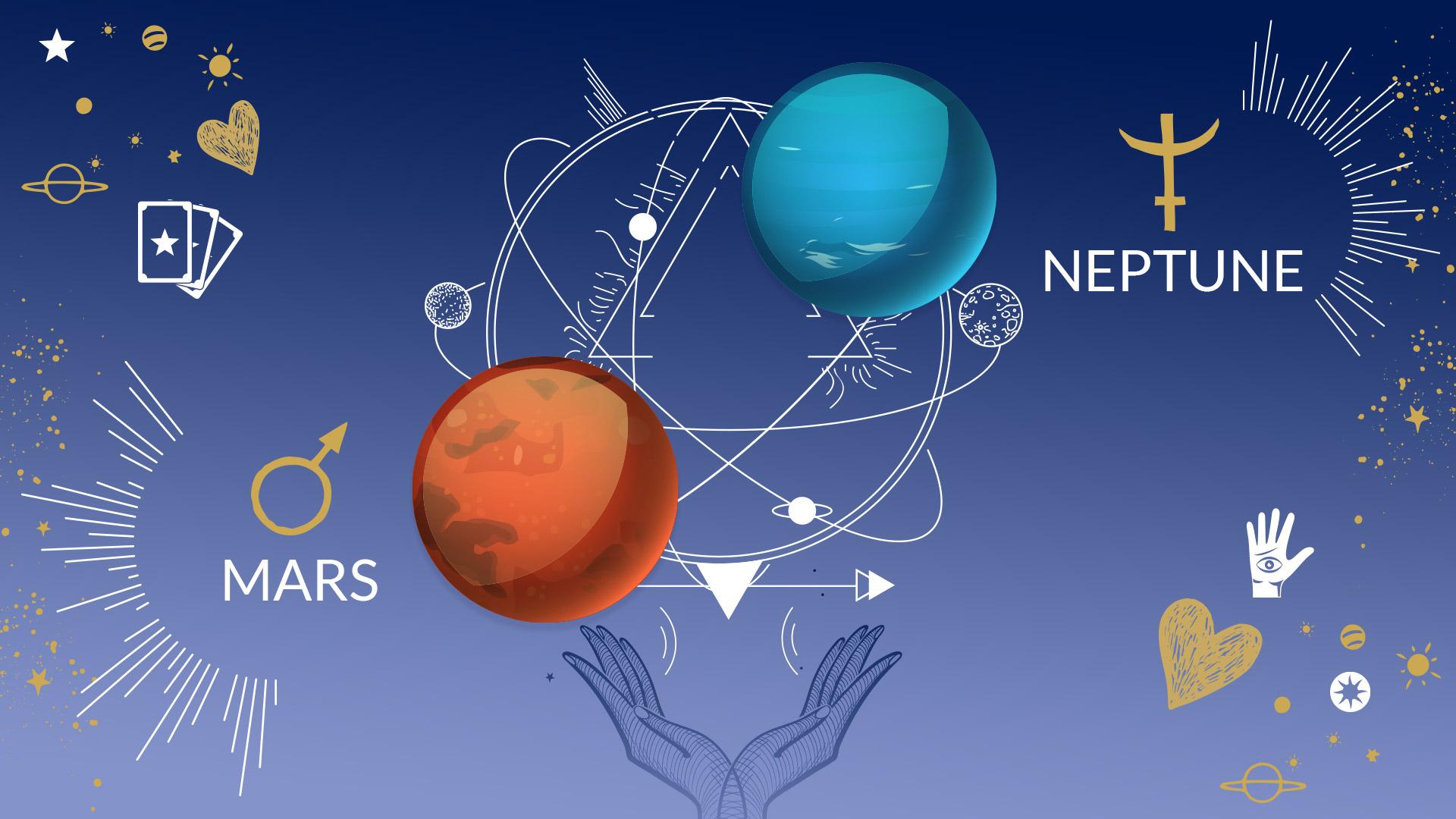 On February 23, 2022 at 8:14 pm Paris time, Mars will enter a sextile to Neptune. The effects of this aspect will be felt until February 27.

Break free from a too narrow straitjacket

Mars in Capricorn, still under the effect of its February 16 conjunction to Venus, will encourage us to rehumanize our lives and our daily lives. We will be fed up with taking too much distance from others, fed up with cold formalism, and will have to put feeling and human warmth back into our social relationships. Neptune, in his own sign, Pisces, will amplify this by awakening in us more empathy and compassion for others. On a more intimate level, this sextile will fuel the fire of renewed passion within us. Our libido will be particularly stimulated and Neptune will feed our erotic imagination with naughty fantasies. On the other hand, this configuration may also invite some of us to become seekers of truth, to go beyond materialism to embrace a quest for meaning and spirituality.

Capricorns will be the most affected by this astral configuration of all zodiac signs, especially the singles who could meet someone in love who will totally change their conception of love. They will leave behind their usual rigidity to express the impulses of their heart. The most artistic among them will be particularly inspired. For Pisces it will be a bit the opposite in the sense that Mars will allow them to anchor in concrete reality what usually is only vague daydreams in their psyche. Taurus will finally experience the love affair they have been waiting for with a person who has remained distant until now. For Scorpios, it will be more of a reconciliation of love for those of them who are coming out of a breakup or simply a big argument.

Taking action for health and well-being

On a global level, this Mars-Neptune sextile will continue, in line with the recent Jupiter-Uranus sextile, to act to transform our societies. Under its influence, governments will be led to show more solidarity with the poorest and most suffering segments of society. Also, more efforts will be made to improve public health and care for the sick. This could be particularly the case in France, where the government, perhaps under pressure from opposition parties or citizens’ groups, will propose new reforms relating to greater social assistance and measures for hospitals, but also for restaurant and hotel owners. An additional effort could also be made for the benefit of the world of entertainment and the arts.