The great reshuffle of this summer solstice 2022 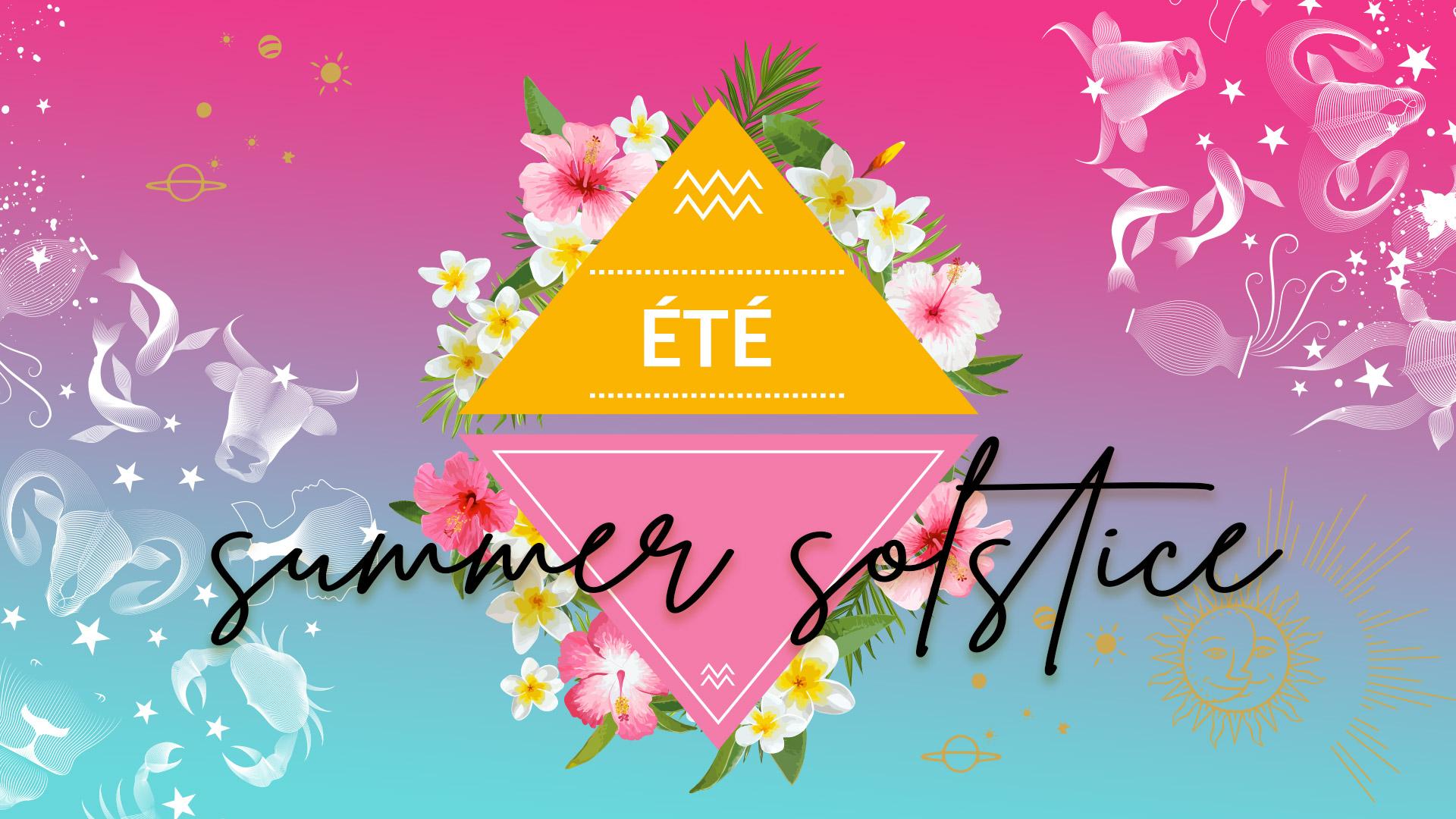 The summer solstice will take place this year, on June 21, 2022 at 11:15 am Paris time and its astrological study can help us discover the major astral trends that will take shape for the next three months.

When we draw up the astral chart for the summer solstice for the latitude of Paris, we find the Sun in the 10th house, in square to Neptune in Pisces and the Moon in Aries, both in the 8th house and masters of the 8th and 11th houses. The ascendant is in Virgo and the ruler of the latter, Mercury, is in Gemini in the 10th house. Fortunately, to counteract these difficult aspects, the Sun is in trine to Saturn in Aquarius. In concrete terms, what does this mean?

First of all, due to the influence of Neptune and the Moon, we can expect a real emotional yo-yo at the beginning of the summer. We will be on edge and will tend to overreact to even the most trivial events. We will tend to be influenced by others, by their slander, and to act impulsively and thoughtlessly. This tendency will increase during July, when Mercury will in turn square Neptune on the 2nd, followed by Venus on the 14th. The signs most affected by this will be Gemini who will probably have to deal with conflicts and jealousies within their professional sphere, and Pisces who will not really know where they stand in their love life, caught between love and resentment, not really knowing what decision to make. To help us, Saturn will invite us to take a step back, to free ourselves from feelings and emotions and to use our reason to better understand what is going on in our lives. Saturn will also invite us to follow our own path, the one that best suits us. This area of turbulence will subside from July 17, when Mercury will be in trine to Neptune, helping us to better understand our emotional functioning.

In terms of world astrology, this square of the Sun in Cancer to Neptune and the Moon could well indicate a rise in tension among emerging nations following the oil and gas crisis. Saturn in Aquarius, representing both Russia and the United States, indicates that these two nations will keep a certain control over these nations in order to somewhat stifle any bellicose tendencies. These configurations also indicate, within the States and in particular in France, a growing anger of the population in front of what they could consider as a manipulation, and which could be more or less recovered by populist parties.

During August, we’ll move up a notch. Indeed, Mercury will have already opposed Saturn on July 31, then it will be the turn of the Sun on the 14th and Venus on the 28th. Furthermore, Mars, ruler of the 9th house (philosophy of life, travel, law) in this theme, will enter Taurus and form a conjunction with Uranus on the 1st, then a square to Saturn on the 7th. Here we see the desire to enjoy life and its pleasures come to the forefront, totally ignoring social conventions and rules. We will also wish to relegate financial and material matters to the background to give priority to being and passion. This will be especially true for the fixed signs (Taurus, Scorpio, Leo and Aquarius).

At the global level, we could see an increasingly strong coalition of states against Russia. Some Eastern countries like Romania or Bulgaria could become more involved. Mars in conjunction with Uranus on August 1st could disrupt the financial and economic markets, leading to some restrictions that will be rather unacceptable especially if they impact travel and vacations. These restrictions could be economic, but also, once again, sanitary or, particularly for France, to a stricter control in the world of work and of job seekers.

Calming down in September

The entry of the Sun into Virgo on August 24, followed by Mercury on September 5, will bring some wisdom to both individual and collective behaviors in order to calm down conflicts, to do one’s own self-analysis and finally to reflect on both sides, in the most reasonable way possible.