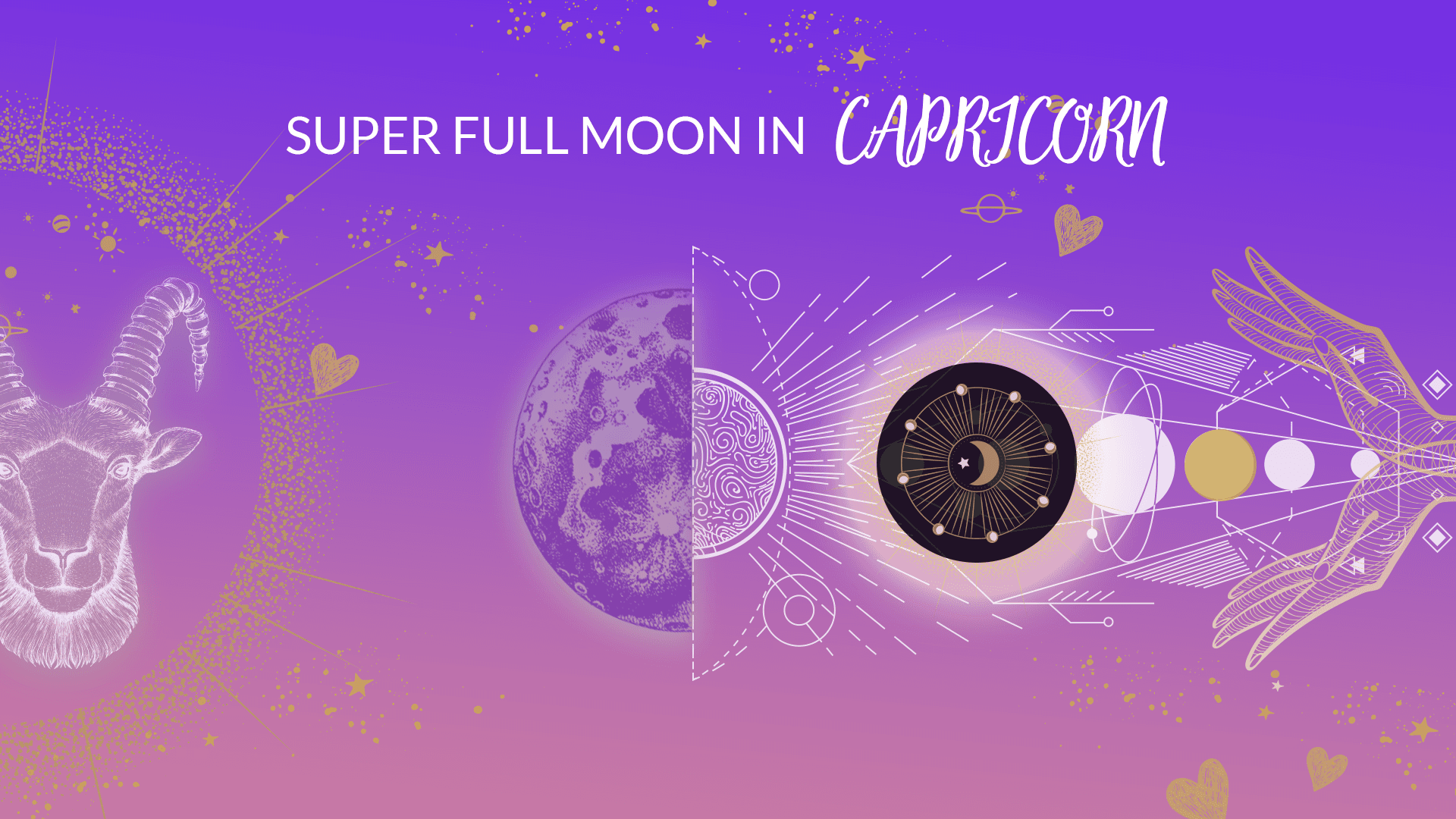 On July 13, 2002, at 8:38 pm, CET, the Full Moon will be at 21°21 in Capricorn and will diffuse its energies. It is a super Moon and in astrology, it is considered to intensify emotions, but also the vibrations of the aspects it will form with the other planets. Its dominant aspect is its conjunction to Pluto, reinforcing the importance of the power of the subconscious mind on its decisions.

Let’s get down to brass tacks

This Full Moon in Capricorn will first invite you to get your life in order, to pamper your priorities and focus on what seems to be most important now. While it will broadcast its message in the middle of summer, a season that favors relaxation and fun, it will stir up something inside, forcing introspection and some realities, whether they are pleasant or constraining. This won’t be an easy exercise in a context which favors festivities and family and friendly reunions. In conjunction with Pluto, it will not leave anyone indifferent to the problems of society but will help to reflect on how to achieve one’s goals. Speaking of family, it will inevitably emphasize the relationships maintained with those close to you since it is directly related to the sign of Cancer.

A time for sharing

This Full Moon will form a trine with Uranus and a sextile to Neptune, bringing along its issues, a need to give new meaning to one’s existence, without questioning the values that are essential to one’s personal well-being. There will be no question of changing anything in one’s safe space, but on the contrary, it’ll be about reinforcing it in a concrete way with its aspect to Uranus in Earth sign. There will be a sincere desire to stick together. Free but measured communication will be the order of the day under his opposition to Mercury in Cancer, which will sometimes tend to exaggerate by taking the lead to protect one’s loved ones, sometimes in an invasive way, but always with love. It’s sextile to Neptune will silence arguments and unspoken words and will invite peace with oneself and with others.

A place to relax

This Super Moon in Capricorn, forming a quincunx to Venus in Gemini, will manage to let go, to let loose and make room for the joys of friendships and love. At times it’ll be tough to give your mind a break, so much so that conversations will be going well, the good mood and the laughter of Gemini will give way to banter once the connection has been established with your beloved. Venus, in trine with Saturn, will be very much in favor of anchoring feelings in the long run, while its square with Neptune will ignore reason and let the emotions of the heart express themselves, because the important thing will be to love each other for real and for as long as possible.