Sextile Jupiter-Uranus: in search of harmony 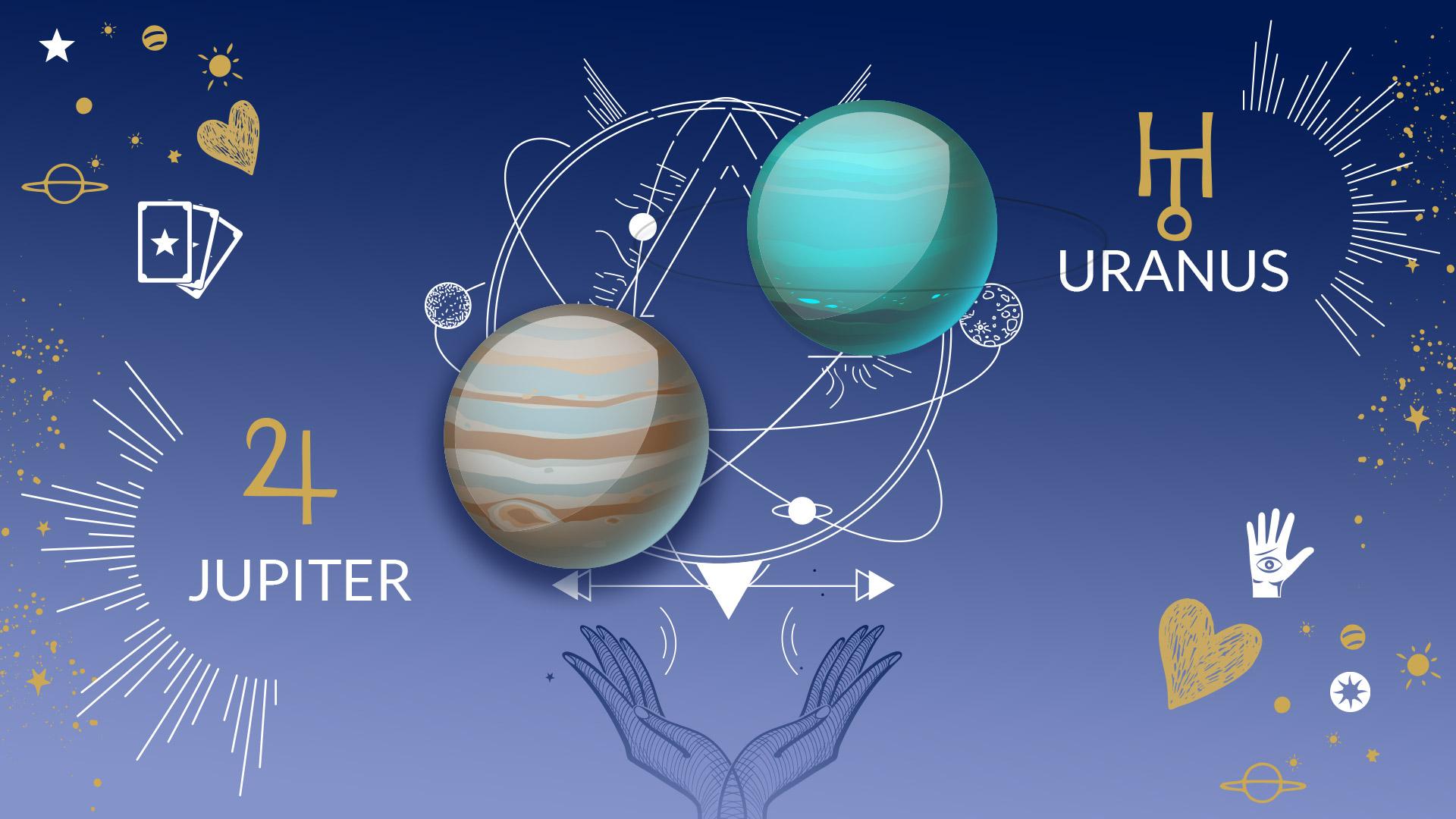 On February 18, 2022 at 01:02 am Paris time, Jupiter will enter a sextile to Uranus. The effects of this aspect will be felt until March 1st. Uranus is a planet that seeks to open our minds, to cultivate tolerance and especially to question, sometimes in a brutal way, our ways of thinking and our old mental and cultural structures inherited from our parents. In Taurus, a conservative sign par excellence, this is not easy. Jupiter, in its sign of control, Pisces, will come at the right time to support Uranus. Indeed, in this water sign, the biggest planet of our solar system will develop our sense of empathy and tolerance. We will let our heart and our intuition speak before judging others or their way of life. This astral configuration will also favor the impulse towards spirituality, but a more « heart » and less dogmatic spirituality. We will be more able to respect other people’s beliefs, realizing that they are all different paths to the top of the same mountain. In love, this sextile will help us to get out of the rigid formalism of certain relationships that crystallize in habit to infuse them with surprise and poetry.

Water and Earth in harmony

Pisces and Taurus will be the big winners of this planetary configuration. The former will be more successful in expressing their feelings loud and clear. Some may even take the opportunity to come out or simply declare their love. The latter will feel they are growing wings, especially as far as their professional ambitions are concerned. New aspirations could be born, unless they are things that have been on their mind for a while, but which they have never dared to undertake because it will upset the status quo of their lives. Cancers who are having trouble letting go of an old love would do well to reconnect. Indeed, under the influence of Jupiter and Uranus, your ex will be less closed to discussion and could reopen the doors of his or her heart to you. Under the influence of Jupiter and Uranus, Scorpio natives could have a passionate and romantic encounter, as they like it. Capricorns will allow themselves to let their emotions speak for themselves. For them too, an unexpected encounter could be the detonator. Virgos will be out of control and will let themselves go to their desires and fantasies. Be careful when choosing your partner, you need to be in complete confidence.

Putting people back at the center of the system

Under the action of this Jupiter-Uranus sextile, we could see a certain relaxation on the economic level. The human being could return to the center of the debate, before the interests of financial growth. It will be more a question of international solidarity towards the poorest and most deprived countries. Particular attention could be given to migrants in particular. Pisces being linked to the field of oil, this economic sector could during this period generate new profits. Progress will be made in the fight against discrimination of all kinds. If we now observe the theme of the 5th French Republic, it is interesting to note that Jupiter and Uranus are both masters of the 12th house which represents the trials, the debts of a country. They are both in beneficial aspect with Uranus in the 2nd house, the house of public finances, of the national financial situation. It is therefore possible to hope that during this period the economic situation of France could improve somewhat. Jupiter being also ruler of the 9th house, the house of law, it is possible that measures will be announced by the government that will allow the French to regain more purchasing power and the most destitute to overcome the crisis.