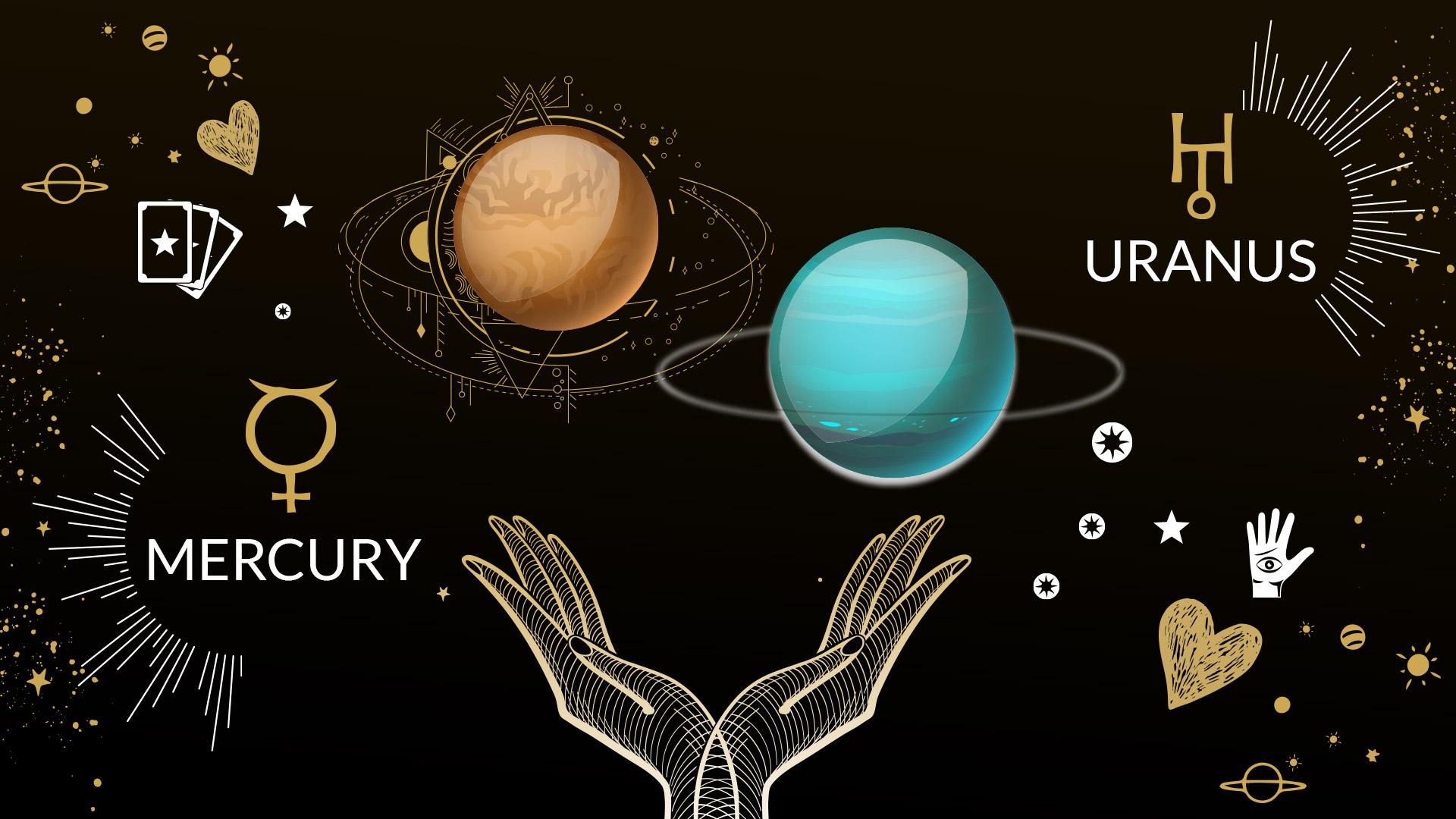 On April 18, 2022 at 6:52 am CET, Mercury will enter in conjunction with Uranus in the sign of Taurus in which the latter is not very comfortable. Mercury rules the mind, the intellect, as well as our way of communicating with others. Uranus, on the other hand, refers to notions of intuition, superior intellect, originality and avant-gardism. Thus, under this influence, our brain activity will be hyperstimulated.

Be open to change

Ideas will come from everywhere and we will feel like putting the world to straights. However, the sign of Taurus being fixed and of the Earth element, we will have to face a great force of inertia, an a non-changing atmosphere, and to lean on assets. This could provoke anger and revolt within us, which will somewhat taint our friendships and even family relationships. Fortunately, a few hours later, at 9:16 am CET, Uranus will receive a sextile with Venus in Pisces which will calm things down a bit. Indeed, in this Water sign, Venus will invite us to be gentle, compassionate and empathetic. We will work to establish warmer, more fraternal bonds with others. In terms of your love life, this conjunction followed by a sextile will invite us to idealize our relationship and the other in particular. We will try to get rid of the bonds of exclusivity and possession to give the couple a more spiritual dimension. It is possible that this approach will be misunderstood or even rejected by the other.

At the forefront, we will find the Taureans who will literally feel « left behind » in a professional environment that is always innovating and where they must constantly adapt, especially because of new technologies. Fortunately, they will have supportive colleagues on their side. Scorpios will have to learn to control their libidinal impulses which will be difficult to channel. Venus will help them to sublimate their passion and turn them into romantic impulses. Leos will also need the conciliatory Venus to help them back off and not come to blows with a particularly irritating colleague or client. Aquarians, on the other hand, will feel misunderstood by their family environment. They may also come into conflict with one of their children over money. The signs that will experience planetary configurations nicely will be Pisces who will succeed in calming down some of the tensions present in their relationship. Cancers, on the other hand, will benefit from a very prolific creativity that will encourage them to launch new life projects. Finally, Capricorns will be more inclined to take risks, especially in finance, and to try new investments.

Coping with the economic crisis

On a global level, the Mercury-Uranus conjunction will have the effect of shaking up the most conservative mentalities by giving rise to avant-garde ideas for which not all minds are necessarily ready. This could manifest itself in the social domain, but also, thanks to the sextile of Venus in Pisces, in the spiritual and even artistic domain. A real emulation to transform the world will be felt. Mercury representing the world of trade and commerce and Uranus representing sudden changes, one can fear that there will be strong disturbances around April 18 in the economic field, especially since the conjunction takes place in the sign of Taurus linked to banks and finance. The world market may be somewhat destabilized and prices, in general, may rise again. For France, we can see that this conjunction takes place in the 2nd house (the finances of a country) of the 5th Republic’s chart. Uranus is ruler of the 12th house (hardships) and Mercury is ruler of the 3rd (commercial relations) and 6th (health including financial). We can see right away that this configuration could lead to economic difficulties for the country and its inhabitants. However, Venus is ruler of the 2nd and 7th houses (treaties and relations with other countries), suggesting that agreements could be made, especially with oil producing countries to curb the damage. Aid could also be enacted.