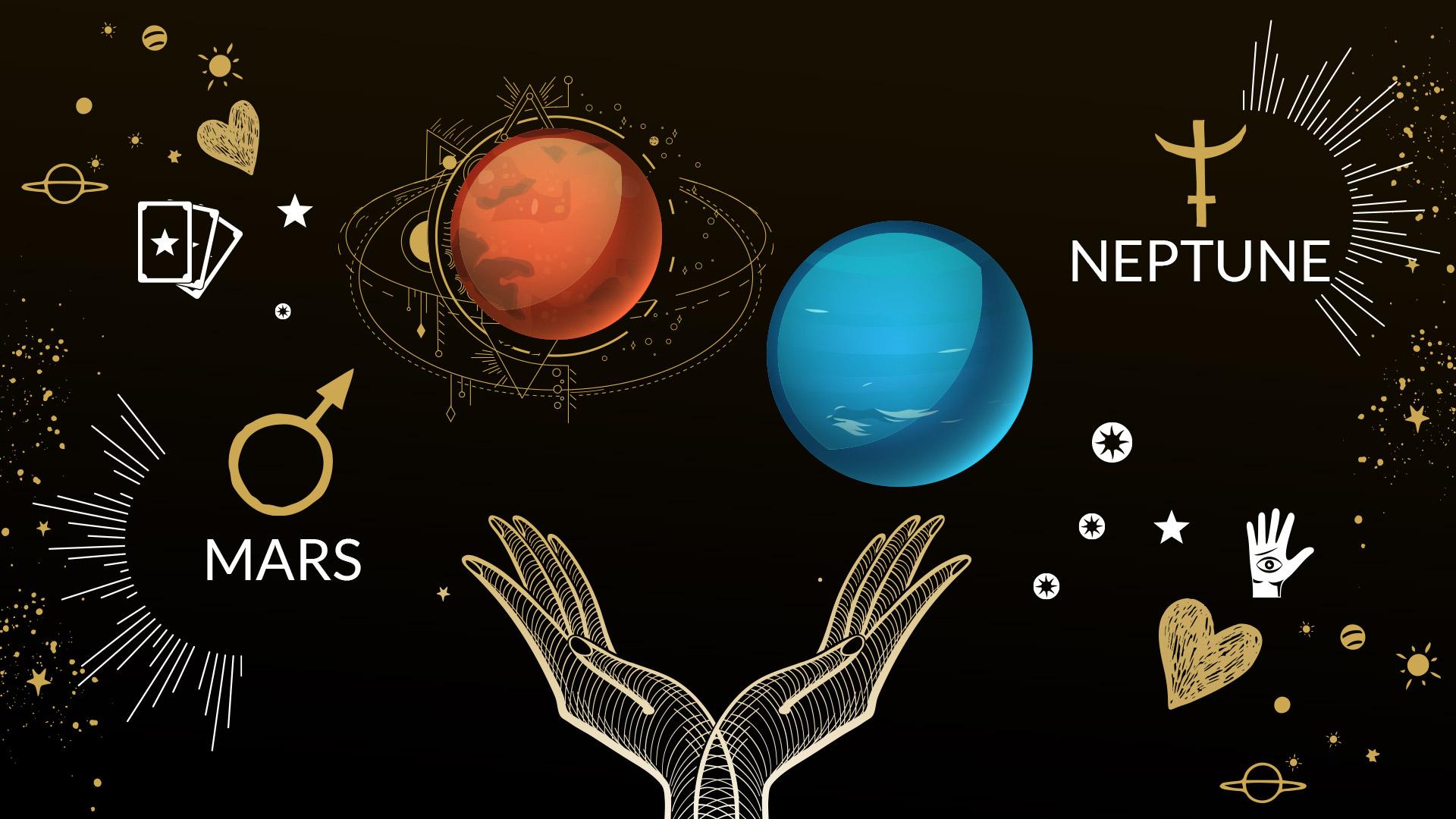 On May 18, 2022, at 8:35 am, CET, Mars will enter in conjunction with Neptune in Pisces. Its effect will be felt until May 22. We can consider that the nature of this conjunction will be double, just like the sign that will host it. Mars is a planet, which is strongly linked to our most primal and instinctive impulses, while Neptune is a planet linked to the deepest layers of our unconscious. It is also a star that refers to everything that can be hidden, nebulous. Thus, the alliance of the two could well mislead us, deceive us and incite us to show aggressiveness, even violence towards a person or people that we could wrongly accuse. It is also possible that we are pushed to this by ill-intentioned people who will try to manipulate us. We must remain alert, at the risk of being manipulated. Similarly, we should be careful not to be drawn into actions of dubious legality. In terms of love, it will be difficult for us to control our desires and fantasies and the temptation will be great for some of us, to have an extramarital affair or to start a clandestine love affair. The other side of this conjunction will be more beneficial, mainly thanks to the sextile it will form with Sun in Taurus and Pluto in Capricorn. It will then be about putting all the Martian energy to good use, so that our ideals and dreams pass from the stage of abstract concepts to concrete reality. This is especially true for those who have humanitarian projects in mind, or projects related to well-being, spirituality, music or the arts.

Unsurprisingly, Pisces will be the ones most affected by this conjunction. They may encounter some financial worries that they may be tempted to solve in rather unconventional ways. But you are not alone, and your friends are ready to help you… just like your banker if you warn him early enough. Other mutable signs might come across some turmoil. Gemini, for example, should remain wary of some colleagues who might try to pull a fast one on them, or badmouth them behind their backs. Virgo natives will be torn between their commitment to fidelity and an almost fatal love affair with a third party. Similarly, Sagittarians could confirm the adage « love makes you blind » and lack discernment about a deceptive or illusory romantic relationship that could bring them some disappointment. Of all the signs, Taurus and Capricorn will benefit the most from the astral influence of Mars and Neptune. The former will consolidate their professional and social situation, while the latter could have an important sentimental encounter that will help them open-up to love.

Between manipulation and violence

Mars represents conflicts, especially armed conflicts, violence and war, while Neptune represents everything that can be vague, blurry and discreet, as well as being linked to religious movements with sectarian or fundamentalist tendencies. It is therefore possible that between May 18 and 22 military actions will take place, whose motives will remain somewhat uncertain or may arouse suspicions of manipulation of opinion. Crimes related to the mafia or intelligence community, or even terrorist action could be possible. Neptune is related to hydrocarbons and gas. Also, this conjunction with Mars could provoke a new rise in prices or an incident, fire or explosion on a gas pipeline or an oil platform.

If we now observe the theme of the French Republic, we can see that the two stars in presence, Mars and Neptune, are both masters of the first house which represents the nation itself, its people, the general atmosphere. Pisces represents a general state of questioning, confusion and especially difficulties related to purchasing power, in terms of a financial situation. Violent behaviors, against a background of impoverishment, are not excluded. However, the sextile with the Sun in Taurus indicates that the government will have the possibility to control this a little and to lighten the daily burdens of the population, due to measures of help, notably food or current purchases.