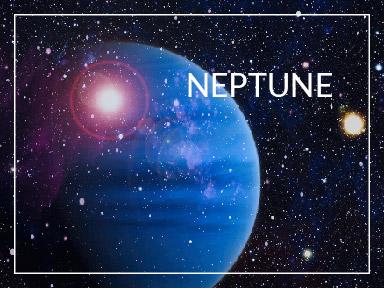 Beginning June 26, 2021, Neptune will go retrograde, which means it will appear to be moving backward in the sky. This optical illusion occurs because of the difference in speed between the Earth and the planet in question. As the Earth begins to pass the planet, that planet appears to be moving backward. This retrogradation will end on December 1st, 2021. Neptune, which is moving in Pisces, its sign, is the planet of spirituality and the ideal. It pushes us to find meaning and transcendence in our lives and in the universe. Sometimes, it can put us in contact with the invisible, through dreams or other psychic manifestations. It moves us to be compassionate toward others and to sacrifice ourselves for others. In going retrograde, Neptune will push us to come back to ourselves and engage in deep reflection in order to check whether our current lives are really in line with our goals. It will help us keep some perspective on the relative importance of material goods so as to find something deeper and more sacred, something with more meaning.

This process won’t occur without giving rise to some psychological or emotional issues. Some people might start call a lot of things into question, and with that may come disappointment or dishonesty. Some will have a harder time with this period than others; they might go through a period of depression, seek escape through artificial realms of pleasure, medication, or even fanatical or sectarian religion or philosophical ideologies. This will be the case in particular for the mutable signs — Pisces, Virgo, Gemini, and Sagittarius — whereas the water signs (Cancer, Scorpio, Pisces) and Taurus and Capricorn will have an easier time making good use of this retrogradation. Relaxation and self-analysis methods, as well as meditation and a well-chosen spiritual path that corresponds to our deepest aspirations, will surely be of great help here, as long as one remains discerning and is able to use reason and moderation when making decisions. Moderation will also be necessary in our social lives when it comes to avoiding physically and psychologically harmful excesses.

Three periods of this retrogradation stand out:

July 2021: On the 6th, Neptune will form a square with Mercury in Gemini. This will bring confusion, particularly as a result of sometimes-contradictory information spread by the media or even outright fake news. We won’t quite know who or what to believe or what choices to make. This could also correspond to a period of anarchic fluctuation in the economy. That said, starting with the Sun/Neptune trine in Cancer on July 15th, and the Mercury/Neptune trine on the 24th, the situation will greatly improve. It’ll be important to us to take full advantage of summer and vacation to reconnect with ourselves and our emotions, as well as to reconnect with friends and family.

Late August to the end of September: This period will likely be the most difficult of Neptune’s retrogradation. During this time, Neptune will undergo a series of oppositions: from Mercury in Virgo on the 25th, then Mars on September 2nd, and finally the Sun on the 14th. We will feel assailed by doubts and questions regarding our shared and personal future and what meaning we can bring to our lives. This could be accompanied by a new health crisis (Virgo being linked to health), and thus further restrictive measures. Employment and public services could also be affected. The time around September 2nd could also be prone to a terrorist attack or other ill-intentioned actions aimed at the police or hospitals.

That said, the four trines Neptune will form — in Scorpio, to the Sun on November 12th, Mercury on the 18th, Mars on the 29th, and to Venus in Capricorn on the 30th — will be much more positive. They’ll bring us the fruits of our labor over the previous months, as well as a greater sense of calm and control over our emotions. In the world at large, this series of aspects will bring profound social and political change intended to redistribute wealth through government aid or a universal basic income.  Efforts might also be undertaken to move the Middle-East peace process forward, particularly vis-a-vis Israel and its Arab neighbors.

For France, we can see that the Sun, Mercury, and Mars will be in the 8th house (transformations, renaissance, public debt) of the Fifth Republic’s chart, while Venus will be in the 10th house (government, leaders) and Neptune in the 12th (a country’s trials, its social poverty, its hospitals). We can deduce from this that the French government might put new measures into place to improve people’s purchasing power and help pay their bills, as well as to help finance hospitals. Efforts may also be undertaken that favor culture and youth. On the other hand, the Neptune/Saturn square in Sagittarius in France’s chart could signify a return to isolationist policies, with tighter border controls and more restricted travel abroad. The government could also crack down harder on crime, especially in so-called “troubled” neighborhoods.