Interpreting a natal chart: the meaning of the Sun 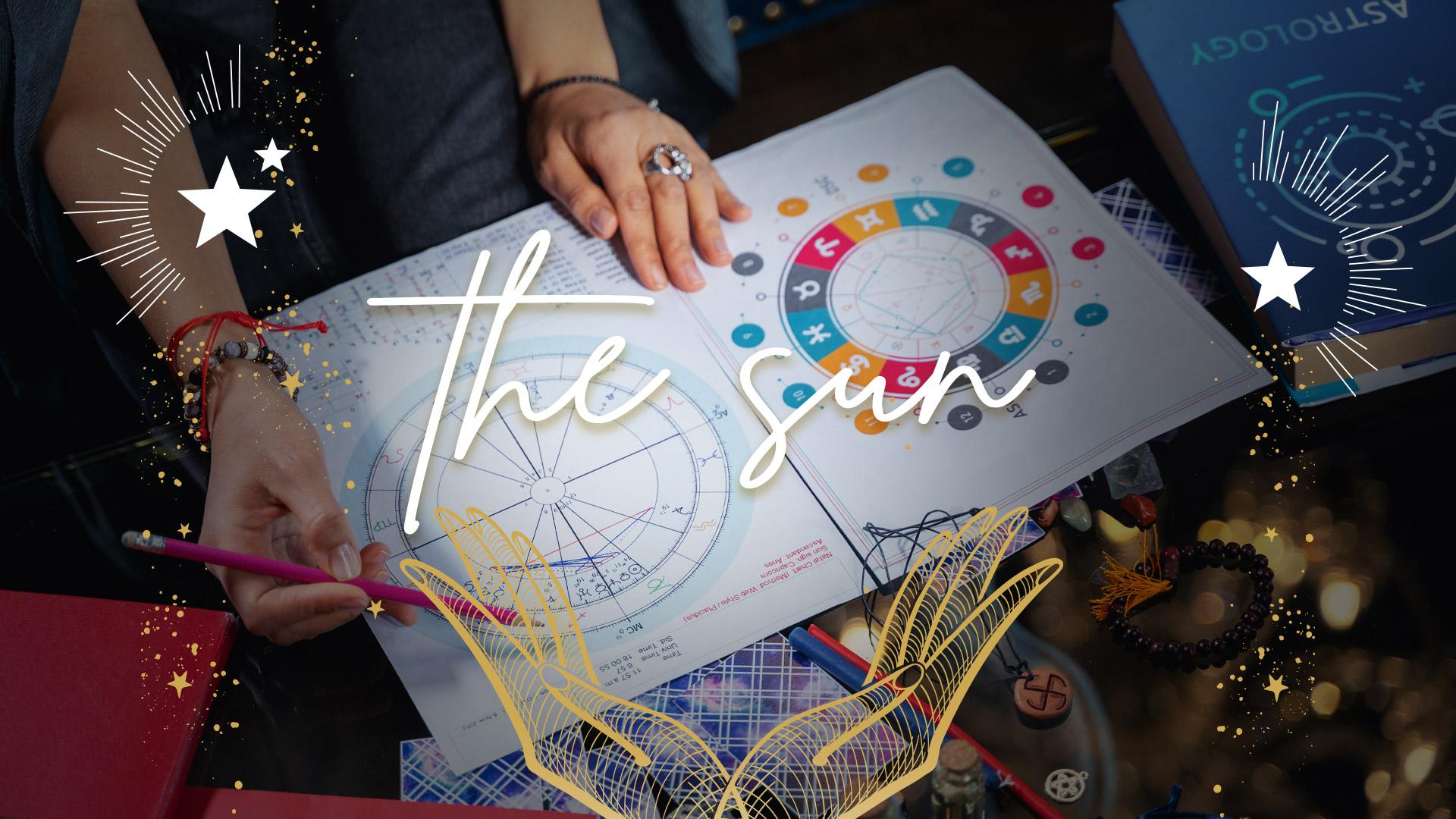 The Sun is the central star of our solar system, the source of all light and life. For this reason it has often been used as a representation of God in most ancient civilizations, Ra among the Egyptians, Belenos-Lug among the Celts, Mithra and up to Christ whose biography is in close analogy with the annual solar race: birth at the winter solstice on December 25th, crucifixion and resurrection at the spring equinox, when the ascending sun crosses the celestial equator, forming a cross, and nature « resurrects ». We could also mention Samson in the Old Testament whose power lies in the length of his hair (sun rays that grow and diminish) as well as Hercules whose twelve labors represent the passage of the sun through the 12 signs of the zodiac, Hercules one of whose avatars is Gargantua whose presence was reported near Mount St. Michel, still called Tombelaine, the tomb of Belenos, where the sun sets.

The ideogram of the Sun is a circle with a point in the center. This is the unchanging point, the origin from which all manifestation starts and to which it returns. The circle represents the expansion of this point which expands to infinity. It is the passage from the primordial unity to the multiple. The circle is also the symbol of the Spirit and the point in its center represents the higher consciousness, the Self.

In astrology, therefore, the Sun represents the principle of consciousness and the Spirit, as well as the vitality of the individual, his force of will. It is also the male fertilizing principle, the father, the inner and outer God. In the natal chart, it indicates our basic personality, reinforced or modified by the other planets, the deep core of our being, whereas the ascendant represents our outer personality. It is the sun sign, the most generally known of all according to its month of birth. It also indicates our creativity, the affirmation of our self as well as our chances of success and happiness. The Sun also shows which are the sensitive points of our body, more vulnerable to diseases as well as the spouse, the boss and our animal or male part (whether we are male or female).

Analogies of the Sun:

The Sun in signs :

Cancer; sensitivity, emotionality, even vulnerability, changeable character, even moody, attachment to the past, to the family.

Pisces: sensitivity, compassion, devotion to others, imagination, but also flight from reality, credulity, lack of practicality.

The Sun in houses :

House 1: Need to shine, to command, enthusiasm and pride.

House IV : affirmation within the home, the family, success in real estate or at the end of life, family rivalries, opposition to the father.

X House: Professional recognition and social ascension, position of high responsibility, prestigious parents or those with a high social position.