Find the way back to your heart thanks to the Jupiter-Pluto sextile! 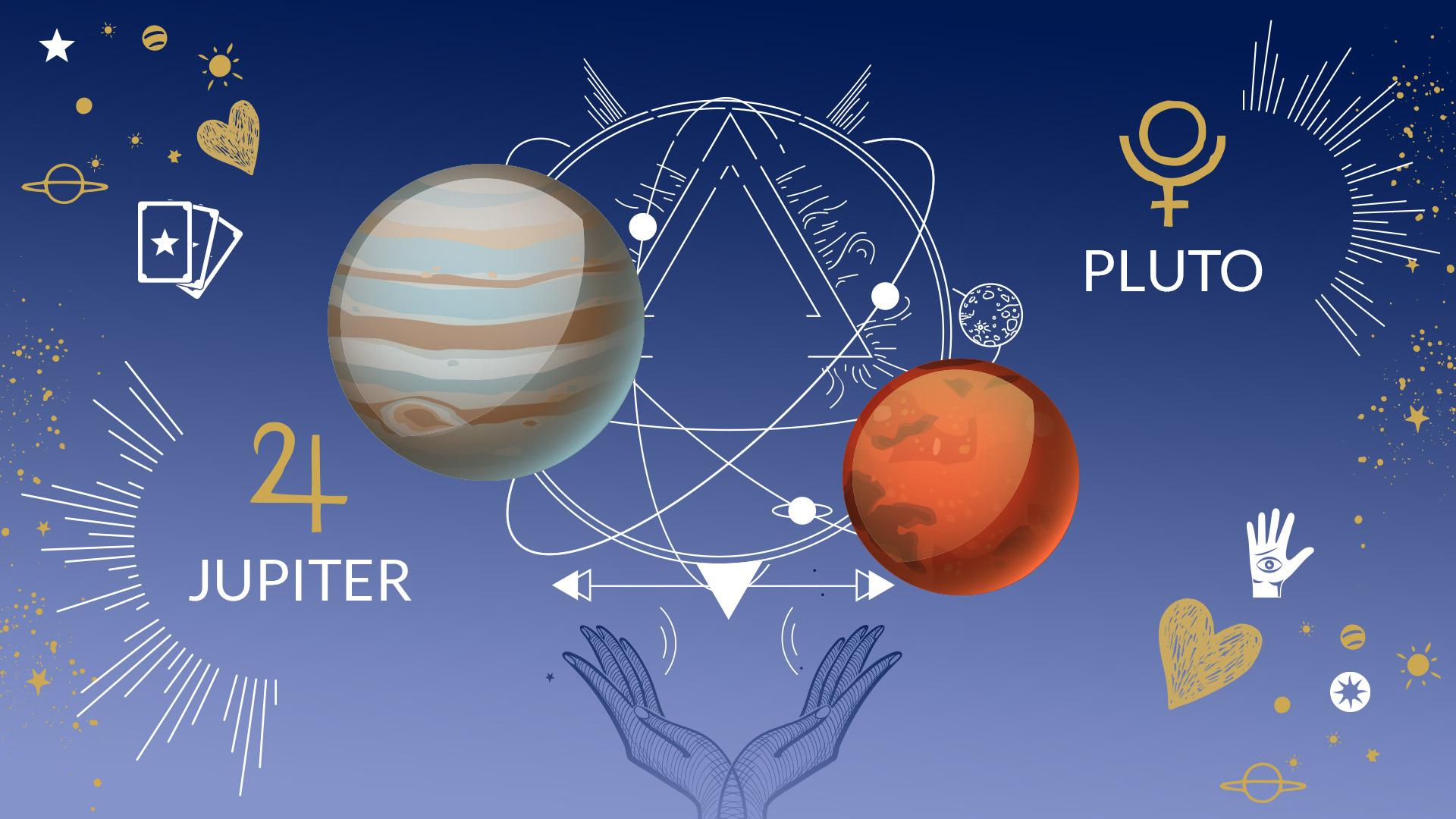 On May 4, 2022 at 0:18 am CET, Jupiter will enter into a sextile with Pluto. The effects of this will be felt until May 18. Jupiter, being in its traditional sign of control, will be particularly powerful and will encourage us to broaden our philosophical and spiritual horizons. Under its influence, we will be much more inclined to open-mindedness, but also to empathy when confronted with other people’s pain or difficulties. Its sextile to Pluto, alchemical planet of inner transformation, in Capricorn could have the effect of intensely changing our relationship with others in general. Thus, we will be more inclined to break the ice that too often keeps us at a distance from our fellow human beings. Our social relations will be more human, more fraternal, disregarding obsolete conventions that keep us apart from each other. Jupiter being a planet linked to spirituality, there is a good chance that this sextile will bring the most Cartesian mind among us and question the existence of unknown laws of the universe, or the real presence of the divine.

Not surprisingly, Pisces and Capricorn will be the signs most affected by this Jupiter-Pluto sextile. The latter will be particularly favored on the professional level and could have a great opportunity to change jobs and evolve within their company. The latter, following an in-depth discussion with a friend, could completely revise their vision of the world and society. Taurus, on the other hand, will put more fantasy into their conjugal and intimate life, letting loose more in bed. They will be ready to get out of their routine and experiment with new things. Scorpios will be able to trust their financial acumen which could lead them to make unexpected profits, Pluto in Capricorn will make them skillful negotiators and inflexible in business. It will be difficult to counter their arguments.

Rehumanizing the economy and politics

Globally speaking, this Jupiter-Pluto sextile will continue the work begun at the time of the Jupiter-Neptune conjunction of April 12, namely a re-humanization of politics in the global sense. Altruism, solidarity between peoples, a greater consideration for those who suffer or are in precarious situations will be values that will return in force on the international scene, as well as new spiritual or religious impulses that will regain influence on those in power. Efforts will be made in favor of world peace. We find this trend when we study the effects of this astral configuration on the theme of France. Here, Pluto, ruler of the 8th house (crises, transformations) is in the 11th house (projects, alliances with other countries) and thus forms a sextile with Jupiter, ruler of the 10th house (government, the destiny of a country) in the 1st house. Agreements could be reached with other countries to fight against the effects of the economic crisis and to try to put an end to ongoing conflicts.