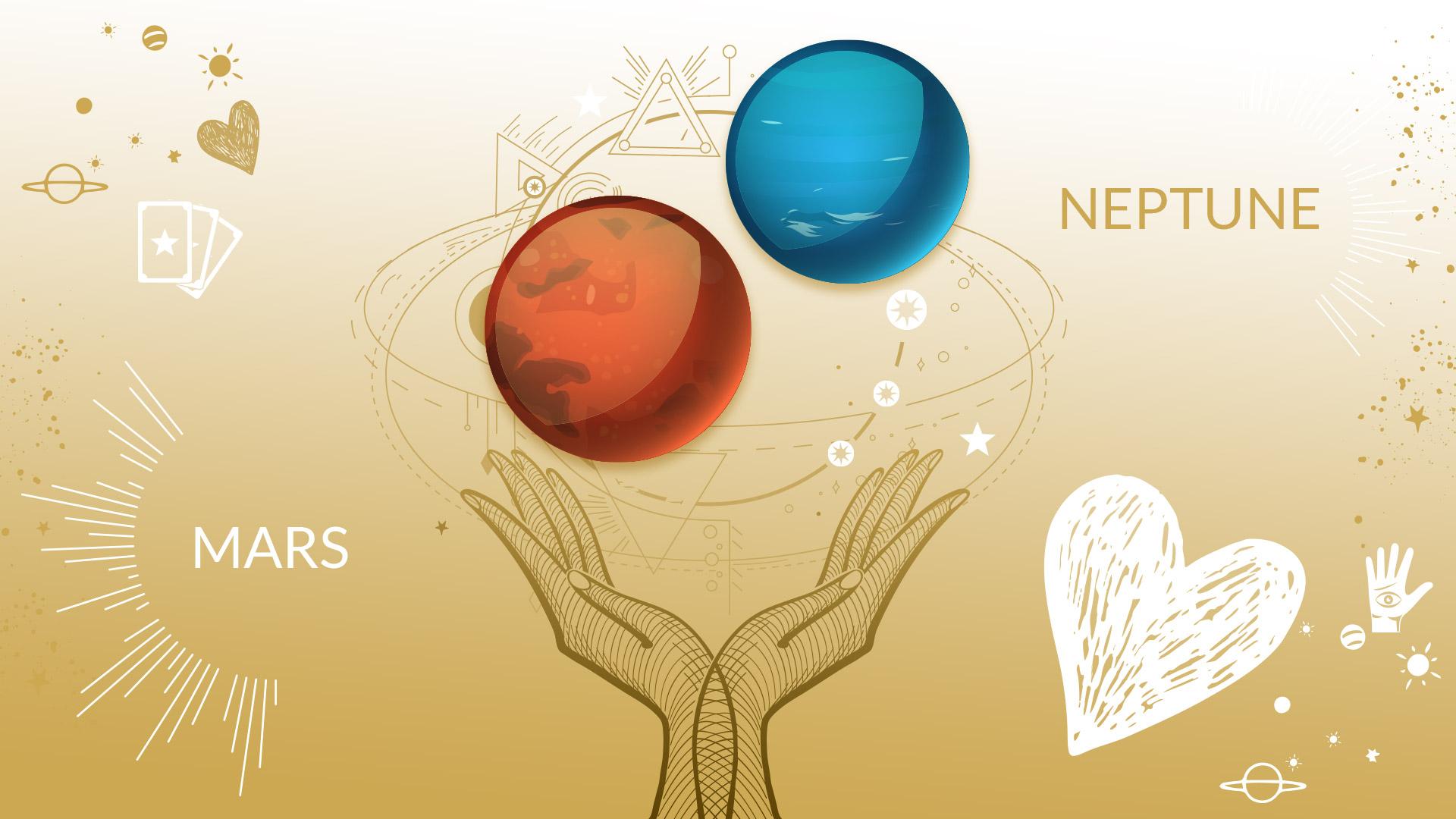 On October 12, 2022 at 7:50 am Paris time, Mars will enter in square to Neptune. As Mars will then become retrograde, the influence of this aspect will be felt until November 26, which makes it a particularly important astral event.

On a personal level, Mars in Gemini could have a destabilizing effect on our nervous system and literally put our nerves on edge. Its square to Neptune in Pisces could also somewhat disturb our sleep or lead to mood swings or episodes of mental overwork. On the other hand, since Gemini is a sign related to communication, this square to Mars could well trigger conflicts, disputes due to misunderstandings or misinterpretations caused by Neptune, planet of secrets and hidden things. In the sentimental field, this configuration could incite some of us to get involved in a double relationship or a clandestine affair that will be difficult to manage.

The mutable signs will be mainly affected by this square. For Gemini, this could mean conflicts at work, with colleagues, associates or clients. For Pisces natives, it will be more about money issues that could cause turmoil in the home or family environment. Virgoans should be wary of business proposals that are too tempting to be honest. Sagittarians, on the other hand, will feel somewhat confused in their romantic relationships. This could be due to the interference of a third party who will turn their heads.

At the level of world astrology, Mars in the sign of Gemini, in analogy with commercial exchanges, could provoke a surge in prices and a strong disturbance in the circulation of goods and commodities. Neptune in Pisces can indicate shenanigans, manipulations in order to take advantage of this situation, but also represents hydrocarbons (oil, gas) which would seem to confirm that it would be energy and especially the increase in its value that would be at the origin of the troubles presented just above. Note that Neptune can sometimes represent hidden crimes or being the work of religious radicals, its square to Mars in Gemini could be the harbinger of a criminal explosion in a mode of transportation. Watch out for this.