Born between June 10th and July 7th? You’re an Oak! 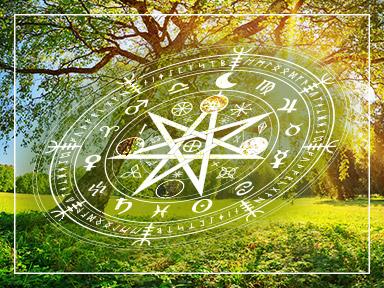 The Celtic calendar assigns each month of the year a tree or plant whose essential characteristics correspond to the month’s atmosphere. People born under their influence display personality traits and ways of being that are similar to these flora.

The king of the forest

The oak, born from a simple acorn, is not only one of the sturdiest trees in the world, but also one of the longest living. For this reason, it is known as the “the king of the forest” by the Celts. According to Celtic mythology, two kings divided the year and the love of the goddess: the Holly King, who reigned over the dark season, and the Oak King, who reigned over the light season. The Oak King’s reign begins on Beltane, or the first of May, while his rival’s reign starts on Samhain, or October 31st. The Oak King represents light, vitality, and lushness, while the Holly King represents shadow, dormancy, and the cold of winter. In the Celtic calendar, one comes right after the other. According to Pliny the Elder, the word “druid” comes from the Gallic word for “oak.” The druids would harvest mistletoe from the oak tree during the winter solstice, when the god Belenus is reborn. This tree was also devoted to Dagda, the king of the god. Each tribe had its own oak tree, beneath which justice would be carried out. This practice was famously revived by Saint Louis, in the Middle Ages.

Those born under this Celtic sign stand out by dint of their strength and endurance. They seem imperturbable, and they have a strong sense of justice. They don’t hesitate to step in to defend the weak. They are generous and have a deep sense of responsibility, and they enthusiastically take on the role of boss or protective parent. Respectful of traditions and ancestors, they enjoy passing on the experiences and principles that have been handed down to them — which is probably why they are so many teachers born under this sign. The oak represents longevity, and those belonging to their sign consider their promises and commitments sacred. They always do their best to keep their word, even if it causes them problems. As a result, they make exceptionally loyal friends and partners. They’re people whom one can count on and rely on.